Sintelix Pty Ltd was formed in Australia in 2017 to be the company vehicle for the Sintelix software system which had been created by Semantic Sciences Pty Ltd starting in 2008. Its subsidiaries, Sintelix Incorporated LLC and Sintelix Government LLC, handle its business in North America. The ultimate owner of the company is a family and charitable trust.

Sintelix Pty Ltd was formed in Australia in 2017 to be the company vehicle for the Sintelix software system which had been created by Semantic Sciences Pty Ltd starting in 2008. Its subsidiaries, Sintelix Incorporated LLC and Sintelix Government LLC, handle its business in North America. The ultimate owner of the company is a family and charitable trust.

The purpose of Sintelix is to do business rightly – in peace and service. We seek to create wealth and apply it to increasing happiness and wellbeing.

We endeavor to be truthful, respectful, aware, and helpful with high ethical standards and look for the same in our partners. We seek to create outcomes which benefit all. Where there is an ethical conflict, we attempt to choose a path of least harm. 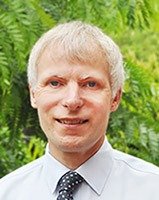 Daniel McMichael brings 28 years research experience up until 2008 in the application of probability to dynamic systems analysis, image processing, data and information fusion, medical diagnostics and computational linguistics. During this time he authored over 100 papers and technical reports and became a recognised expert on probabilistic approaches to high-level information fusion problems. Since 2008 he has created and led two thriving companies, Semantic Sciences Pty Ltd and Sintelix Pty Ltd, which now sells worldwide.

Trained at Oxford, he held scholarships from St John’s College and British Rail. His D.Phil. on fault detection and estimation in dynamic systems led to a paper setting out an efficient technique for robust lp estimation of dynamic system parameters which was awarded the IEE Heaviside Premium in 1991.

Moving to UMIST he became interested in Bayesian approaches for analysing neural networks, and in image processing. He led a project on automatic visual inspection of manufactured items funded by British Aerospace, and was awarded the Esso Centenary Award, which he held for three years.

At DRA and later in CRC SSIP, he worked on military data fusion: developing early algorithms for generalized tracking (involving discrete/continuous state models) and situation analysis (JDL Level 2 fusion).  He developed a novel algorithm for inference over Bayesian networks of discrete and continuous variables. His interest in image processing expanded to include projects for 3D reconstruction of bone implant models from x-ray image pairs and in the use of multi-spectral image data to detect land mines.  This latter problem benefited from his collaboration with Geoff Jarrad on the shared mixture classifier, which proved to be robust and data-efficient.

Invited by Polartechnics Limited to consult on the development of their TruScreen cervical cancer detector, Daniel contributed a design of a generic system for optimising networks of algorithms.  Its application led to rapid improvement in the performance of the image processing/classification system used for cancer detection, and became part of the core patent for the product.

In 2008, Daniel stepped into the world of business to found Semantic Sciences, with a mission to create tools for analysing unstructured data at a new level of accuracy and capability.  The Sintelix system which embodies this technology is now deployed worldwide.  Sintelix can extract, visualise and present information from documents and provides massive productivity and capability improvements to investigators and intelligence analysts.  In 2017, the company split in Sintelix Pty Ltd and the continuing Semantic Sciences Pty Ltd, which focuses on civilian applications of advanced data science.  Sintelix is an IBM Technology Partner and is a preferred provider of text analytics to complement IBM’s i2 product range.  The company is currently growing its direct sales capabilities worldwide. 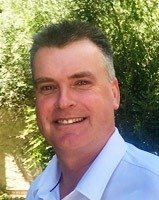 Mitchell completed his degree in Biotechnology with honours at Flinders University in 1998 then concluded his doctorate on the growth of edible fungi using novel substrates. He later worked for Flinders Bioremediation as an organic soils expert, remediating contaminated sites.

Looking for a new challenge, he ran his own business for several years before accepting the role of General Manager at Bird in Hand winery, an internationally renowned and award winning wine brand. During his time at Bird in Hand he assembled and steadied a team that saw the winery gain worldwide attention, winning the World’s Best Shiraz on multiple occasions. He contributed to the expansion and diversification of the winery and helped refocus the sales strategy, which transformed the business and secured its future stability.

Mitchell brought that knowledge to the Sintelix team in 2015 and has helped prepare the company for rapid expansion. His management experience and academic background have combined to streamline the business and prepare for future challenges. He continues to manage the growth of the elite Sintelix team and contributes to the company’s administrative, financial, strategic and managerial needs.